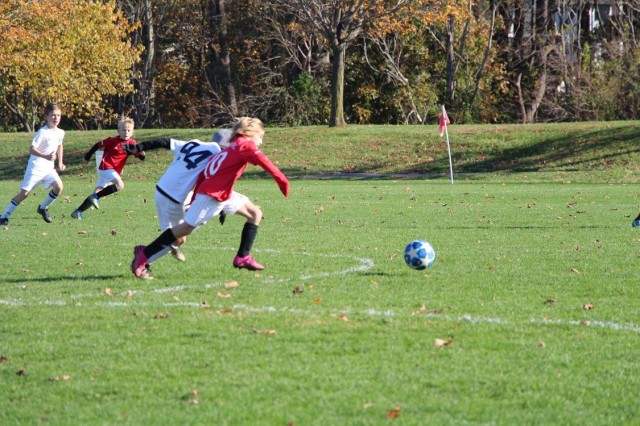 Maryland F.C. is a newly founded training academy in the Baltimore County area. Founder and Director, Richard Moller, will apply a German Youth Training Model when developing individual players or groups. Richard has been a staff coach for the German Youth National Team for the last 8+ years winning numerous international titles. Richard also helped oversee the newly updated curriculum for youth player development in Germany, which is being applied across the country. Richard received all his coaching licenses in Germany, including his A-license.

The club wil train elite players from any club, boys & girls (ages 6-12), who wish to receive extra training outside their club once a week. The training will be year-around for maximum results.

Richard was also a German Youth National Team Player for four years before heading to the US (Towson University) on a full athletic scholarship receiving over 40 athletic and academic awards during his time as a student-athlete at Towson. To name a few, NCAA DI All-American, NCAA Scholar-American, America East Player of the Year, American East Scholar of the Year, Towson's Top 10 student-athlete in the 21st Century, Soccer America's Top 3 forward in the nation his junior and senior year, Towson Male Athlete of the Year, ECAC Robinsville Scholar Athlete of the Year, etc.

Richard was accepted to Harvard University to earn his P.h.D in German Literature but opted to attend Smith College (Northampton, Massachusetts) for a graduate degree in Exercise & Sport Studies to further his knowledge on how to train an athlete from a more scientific perspective. The ESS program at Smith College is ranked as the top program in the nation.

Richard has coached numerous college teams such Vassar, Dartmouth and Hopkins for 15+ years winning numerous conference titles and advancing to the NCAA Tournament eight times (including a Final Four) before pursuing his dream to develop players. "My father trained me all the timeoutside of practice. Luckily he played at a very high level for Wormatia Worms. Additionally, I had the luxury of being trained 1 on1 by a former Italien Professional, who played in the Seria A for many years, for almost four years. I do believe those 1on1 sessions helped me to become of the best youth players in Germany and one of the best DI players in College!"